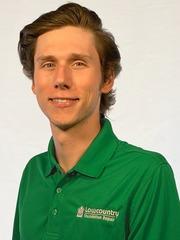 At Lowcountry Foundation Repair, we work every day to make our customers and team members happy they chose us. One way we do that is by walking alongside the best in the industry. In John's words, "I joined the Lowcountry team to increase my knowledge of the home improvement industry and grow alongside great people.” We’re thrilled to have John as a part of the Lowcountry Foundation Repair team as we work to redefine our industry.

Customer Reviews
About Me
Before and after photos from jobs I've worked on:

Thursday, Jul 8th, 2021 Welcome to the Team!more »
Back to Previous Page Back to Meet The Team