How Can Soil Affect Your Foundation's Stability? 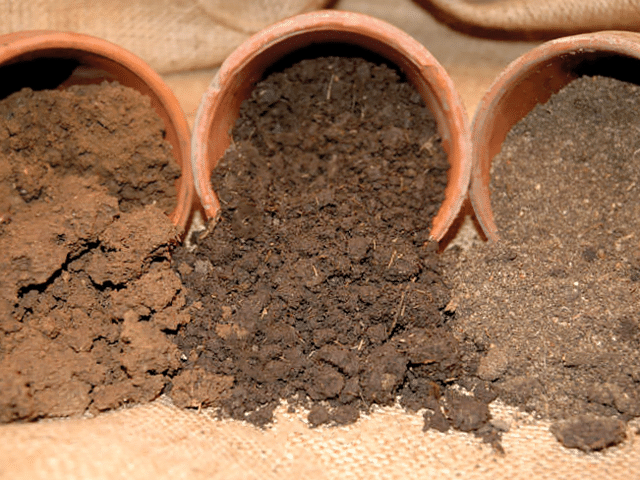 There are many types of soil that homes are built on. The main difference between these soils is particle size. Each type of soil tends to have a mixture of 3 main soil types mixed together. Sand, silt, and clay are the 3 main soil types. The ratio of these 3 determines how much water the soil can retain and its overall load-bearing strength.

Sand particles hold little water and are the largest particle of the three. Sandy soils also maintain a fair level of volume and density when absorbing water or drying out, differing to how the other soils expand and contract. Sandy soils have great stability and load-bearing ability. They are less likely to settle over time, so they rarely cause foundation problems.

Clay is basically the opposite of sand. It has very small particles and can be packed down easily, which means it won’t drain water well. Clay soil also absorbs water easily, expanding as it becomes more saturated. Soils rich in clay and silt have the greatest potential to damage a foundation. When clay expands, it can fracture, heave, and displace foundations. When clay dries out, it shrinks and cracks, leaving spaces around the house that allow water from the next storm to easily penetrate and expand again.

Silt is the middle ground between sand & clay. Silt particles are medium in size and have characteristics that fall between sand and clay. Silt retains water for a prolonged period and turns into mud when very wet. The biggest problem with foundations built on silty soils is that they shift and expand, putting the home's foundation under a lot of stress. This can lead to structural problems or foundation failure in the long run.

Loam is made up of almost equal parts sand, silt, and clay. While true loam is optimal for construction, most loamy soils contain more of another type of soil, despite the fact that the soil is still classified as "loamy." Clay loams, for example, contain primarily clay, which makes them heavier and slower to drain. Sandy loams are primarily made up of sand and dry up more quickly than clay loams. Loam soils are more flexible than other types of soil since they generally have a variety of textures and forms. Because of their mixture of particle sizes, loamy soils have stability and strength that make them perfect for building a foundation on. Loam is a suitable soil type for supporting a foundation since it has a healthy balance of silt, sand, and clay. A potential concern with building on loamy soil is the possibility of undecomposed vegetation that can cause the soil to shift as it decomposes. When loamy soils shift beneath the foundation, they become less capable of supporting the weight of the structure, causing settlement and cracking.

When homes are built, the soil is often brought from another location to be used as backfill soil. Even if the fill soil is high quality, it can be less dense compared to the original undisturbed soil. Without having the soil properly and thoroughly compacted, once the foundation is placed on it, over time the home will slowly sink as the soil compresses under the weight.

Determining the Type of Soil You Have

Here's how to determine the texture of your soil using the "hand method":

Fix and Stabilize Your Foundation With Help From a Professional

Home foundations built on poor or inadequately compacted soil can cause serious damage to the structure. Cracks in walls and stuck doors can occur as the foundation settles and changes. Ignoring foundation problems might lead to serious structural issues with your property.

Because every circumstance and foundation is unique, consult with a local foundation repair professional to determine which method of repair is ideal for the type of soil beneath your home.

Think there may be an issue with your foundation?