Offensive odors pierced the air of a Charleston home owned by Mike H. According to Mike, musty, moldy smells were noticeable on the second floor of his 2,600-sq. ft. estate. Mike could not identify the source of the foul smell. After researching possibilities, he called Lowcountry Basement Systems for a free crawl space inspection.

Billy Brandenburg of Lowcountry Basement Systems inspected Mike’s crawl space and quickly identified the source of the smell: microbial growth on the joists. Billy recorded the relative humidity at 84.4 percent in the crawl space with a temperature of 69.6 degrees Fahrenheit. A thin piece of plastic had been laid down in the crawl space but it was ineffective at keeping moisture out.

Mike lived on the Stono River, and the humidity from the lowcountry made his home susceptible to crawl space issues. Billy designed a custom solution to keep the moisture out.

Billy recommended sealing off the crawl space from the earth. The first step was to remove the failing subfloor insulation and the debris on the ground. CleanSpace Linear, a 20 mil engineered liner with mold inhibitors woven into the plastic, was installed on top of the earth and fastened to the foundation wall. CleanSpace was also wrapped around the 40 piers supporting Mike’s home.

SilverGlow, a graphite infused foam insulation, was installed along the foundation walls to prevent thermal energy transfer, keeping the crawl space at a constant temperature and preventing condensation.

In the crawl space, a SaniDry Sedona dehumidifier was installed with piping running to SmartDrain.

The crawl space vents were sealed. Both crawl space doors were replaced with Everlast CleanSpace Doors to keep the moisture out.

The Complete CleanSpace Encapsulation System is what Mike needed to protect his home. 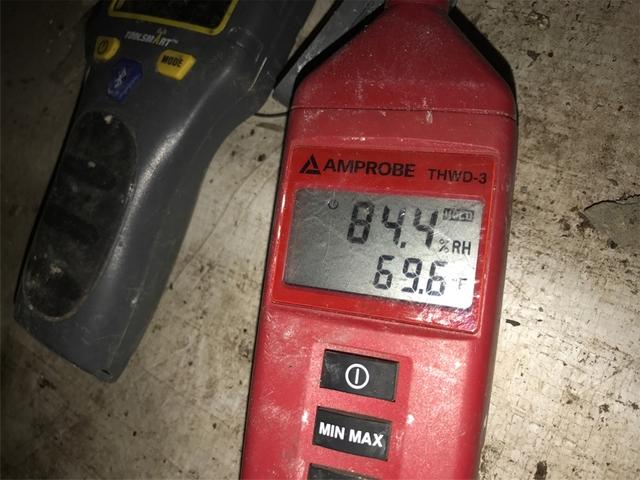 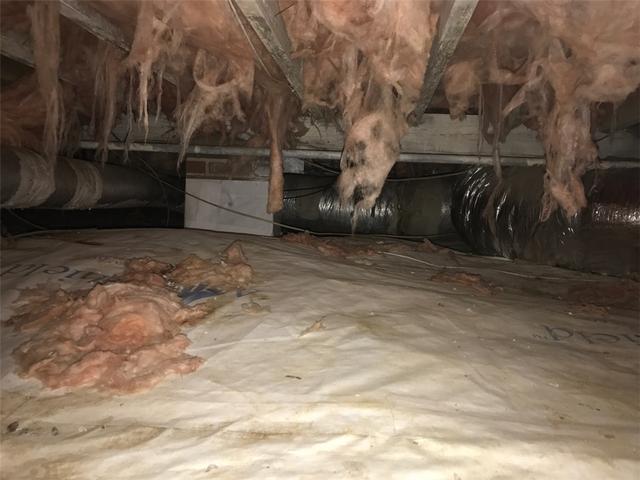 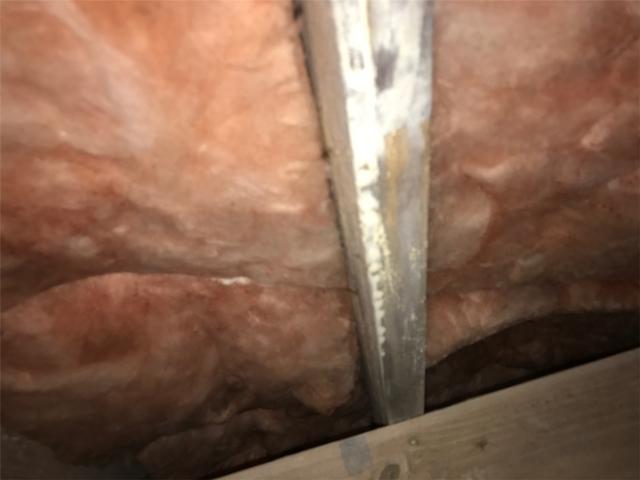 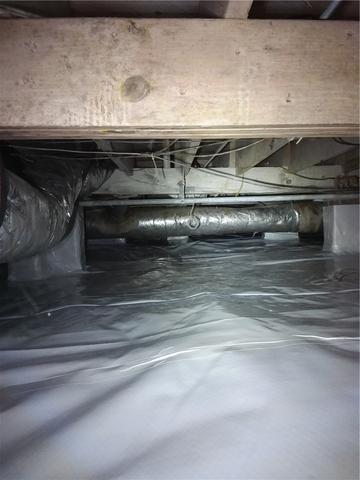 After the Complete CleanSpace Encapsulation System was installed.