Deidra B. of Mount Pleasant, SC had a moisture problem in her home that caused a section of her subfloor to rot, and grow mold. The high humidity under the home needed to be fixed. Deidra called Lowcountry Basement Systems for help.

The first step in fixing the humidity and wood rot issue was to replace two sections of the subfloor with new wood. Two sheets were needed for the install, during which five old, nasty wooden joists were replaced with new fresh wood.

Lowcountry Basement Systems then installed a Complete Clean Space Encapsulation System in Deidra’s crawl space. To reduce moisture and remove humidity from the crawl space, Lowcountry Basement Systems first removed the debris and failing subfloor insulation under the home to perform the work. After the debris was removed, CleanSpace liner was used to seal the earth from the home. The liner was also used to cover the foundation walls and pillars in the crawl space to prevent moisture vapor from the earth from getting into the crawl space.

It took the Lowcountry Basement Systems team three days to complete the job. Deidra was thrilled with the solution. 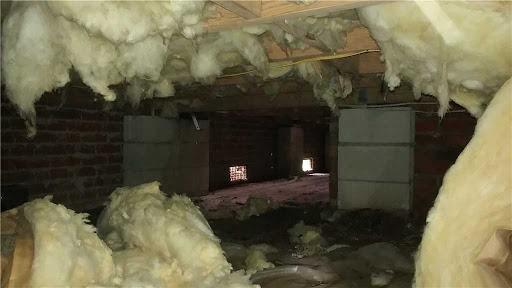 The humidity was absorbed by the insulation. 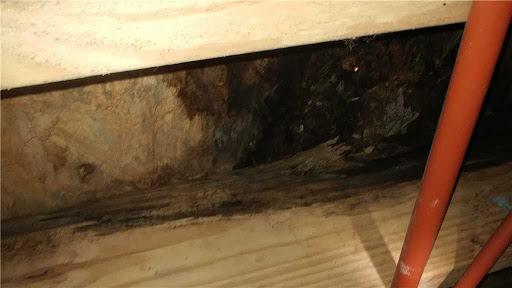 As it absorbed the water, it began to fall due to the weight of the water. 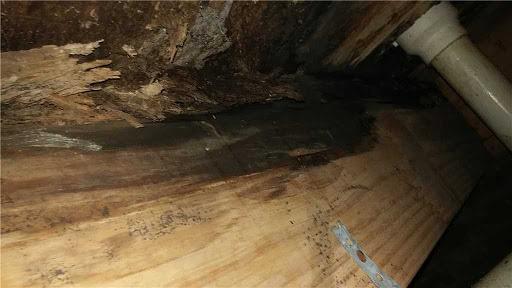 Another section of the rotted subfloor. 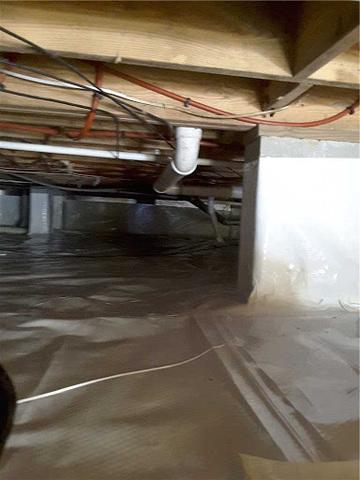