The basement in Gerald O.'s Savannah, GA home used to flood constantly. Now thanks to Lowcountry Basement Systems, his basement is completely protected. In October 2016 the basement has been put to the ultimate test: Hurricane Mathew. "We had Hurricane Mathew, everything worked fine. We were without power for four days. The battery backup worked perfectly. The sump pump was running almost all of the time.", says Gerald
Gerald O. of Savannah, GA
Wednesday, February 8th
Janet G.'s home in Savannah, GA had a problem with her garage. It would flood every time it rained. Lowcountry Basement Systems solved the problem by installing a drainage system very similar to the one we use in basements, and a sump pump. This way, any incoming water is intercepted before it enters the garage, directed to the sump pump and then discharged into the yard. Janet is very happy with the company, because every time she had a problem they came to perfect the system until the problem was completely solved and to her satisfaction. "Overall, they have been just fabulous!", says Janet.
Janet G. of Savannah, GA
Wednesday, June 14th
It was a pleasure to do business with a company who really appreciated your business. I was really suprised when I got not one but two calls letting me know they could not start my job on time. Most companies would not have even bothered to call. Thank you for being such a professional company.
Robert B. of Hampton, SC
Wednesday, June 14th 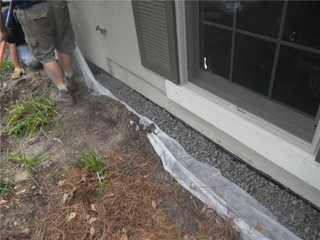 If only every company I had to do business with was as good and responsive as you! Well, the world would sure be a better place. The three guys you sent, Russell, Joshua and Judah, were terrific. My job was a small one but everything they did was meticulous. Though the process was messy with piles of dirt and stone, when they left, one could not have told, by looking, that anything had transpired at all. Yet I know I now have a proper drain and membrane in place. Judah even fixed my electrical outlet on my porch! I would (and will) recommend your company to anyone.
Teresa D. of Bluffton, SC
Thursday, October 11th 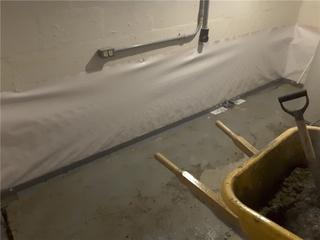 The team worked very well together. They did a great job! They were very prompt. Successful install. I really appreciate the friendliness. Very helpful and professional! Definitely recommend!
Peg Y. of Bluffton, SC
Thursday, July 27th
Very satisfied. Robert was very personable and confident in his sales pitch and very thorough in his inspections.
Randy W. of Brooklet, GA
Wednesday, June 14th
Thank you again for such great service. Your crew was very hard working and very polite. I enjoyed working with them.
Karan G. of Savannah, GA
Wednesday, June 14th
I just want drop you a note of thanks and tell you a little story. A couple of weeks ago, I heard what sounded like running water in the bathrooms. I checked all outside faucets and they were turned off. This continued for several days, with the noise getting louder. I decided to check the outside faucets again, and I heard the pump go off under the house. I opened the door to see about 3" of water and a spraying pipe under the house. I called a plumber and told him I had a busted pipe under the house. He came and started putting on muddy boots and coveralls. I told him he would have to take those boots off and he said “No way, that has to be a muddy mess under there”. He took the door off and he couldn't believe it. He said it was plumber's dream. So you not only took care of our mold, mildew, termite and water problem, you created a plumbers dream. By the way, after he fixed the leak, all the water was gone in less than a half of day and he did take those muddy boots off.
James P. of Richmond Hill, GA
Wednesday, June 14th
They did a great job! I would highly recommend them.
Charlie C. of Glennville, GA
Friday, June 23rd
Great crew happy enjoying themselves, worked well together. Did great work. I loved your guys great workers!!!
Lenn D. of Warner Robins, GA
Thursday, June 2nd
The thought the job was great! They were very thorough and it was very effective. The work was done timely and it was good quality work!
Cathleen S. of Centerville, GA
Friday, June 23rd
I would like to tell you that my experience with Lowcountry was truly impressive. The crew showed exactly on time, and from the start they were the ultimate professionals. I would whole heartedly recommend them to anyone who has a drainage problem.
Gregory D. of Bonaire, GA
Wednesday, June 19th
Total testimonials : 12