A Savannah, GA homeowner called Lowcountry Basement Systems concerned about the foundation of his 1930’s home. Cracks were appearing in the outside brickwork and the piers in his crawl space appeared to be settling into the ground. Lowcountry Basement Systems went to the home and inspected the property. It was discovered that the porch was leaning and had dropped two inches in some areas.

The inspector recommended stabilizing a section of the footer to address the exterior foundation wall. Four galvanized steel helical piers were installed.

To stabilize, and lift the porch, three slab piers were installed. PolyLevel, a structural grade polymer was used to fill voids.

Two three-foot SmartJack’s were installed in the crawl space to support the main beam of the house. These steel piers are cut to size based on the height of the crawl space.

Through a combination of the SmartJack’s supporting the main beam in the crawl space, and the hydraulic lifting of both the concrete slab under the porch through the slab piers, and the foundation itself through the helical piers, the gaps that had appeared in the brick wall closed. 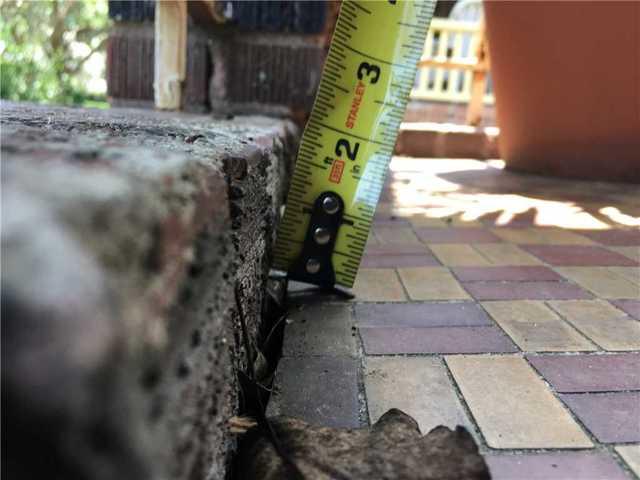 The front porch had a two inch drop. 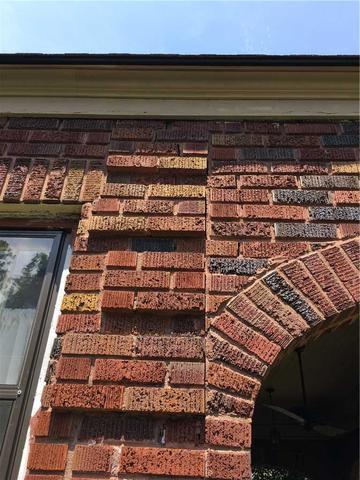 Cracks were appearing due to a settling foundation. 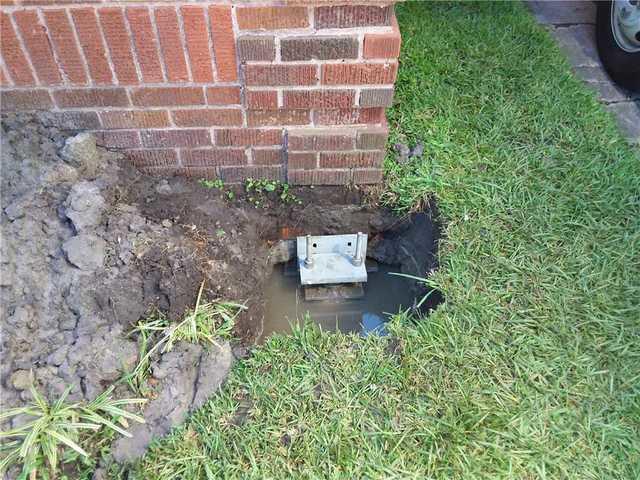 Piering was the solution to stabilize the exterior wall. 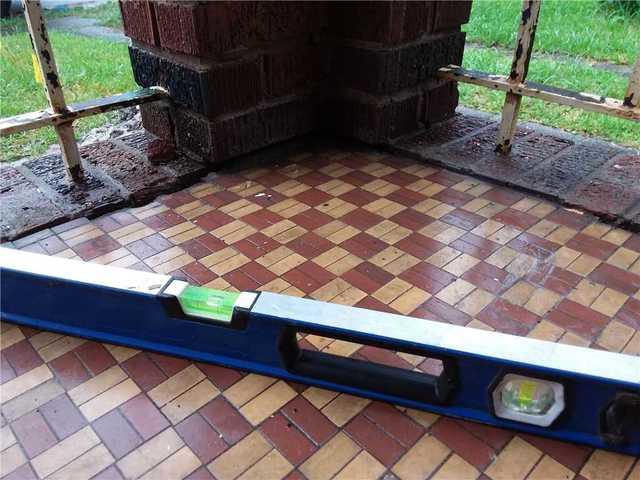 The house and porch were lifted.